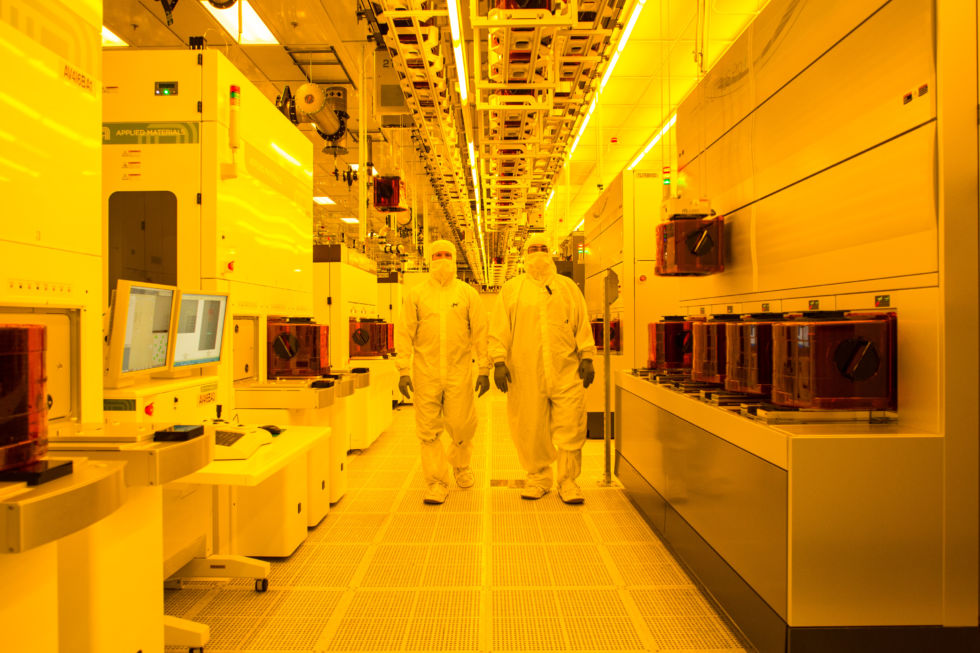 A significant portion of the Micron fab is bathed in yellow light to protect the light-sensitive coating on the wafers. Chips on the wafers are created using a photographic process. Each of the cameras, which are the machines on each side of the aisle, costs about $70 million. (credit: Micron)

Semiconductor supply chains have not been having a good year. Shifts in demand brought on by COVID-19 have slammed into a series of fab and factory fires, the effects of which have been cascading throughout the global economy. Now, the semiconductor industry is being threatened by Taiwan’s worst drought in 67 years.

Chip shortages have rippled through various industries in recent months. Automakers have cut back production, citing supply issues. Automotive shortages are somewhat of the industry’s own making—when the pandemic hit over a year ago, automakers cut production and chip orders. Meanwhile, demand for consumer electronics surged, snapping up excess fab capacity. When car and truck sales rebounded months later, semiconductor manufacturers had no slack to meet demand. Recently, even consumer electronics companies have been finding it hard to secure a steady supply of chips for their products.

Taiwan’s drought began when typhoons failed to make landfall last year. Today, drought conditions cover a significant portion of the densely populated western third of Taiwan, extending from Hsinchu south to Kaohsiung, an arcing span of more than 150 miles on an island that’s only about 240 miles long. Water levels in major reservoirs have been as low as 10 percent of their capacity, and they’re currently being stabilized by water piped in from Taipei, which has so far avoided the worst of the drought.