Nvidia has added two entry-level GPUs—the GeForce RTX 3050 Ti and RTX 3050—to the RTX 30 laptop line. Nvidia says the chips will be available “this summer” in laptops starting at $799.

Like every other product in the RTX 30 line, these cards are based on the Ampere architecture and are capable of ray tracing and Nvidia’s proprietary “Deep Learning Super Sampling” (DLSS) upscaling tech. As you can probably guess from their names, the cards slot in below the existing RTX 3060 GPU, with cuts across the board. You can dive into Nvidia’s comparison table below, but the short version is that these cheaper GPUs have less memory (4GB) and fewer CUDA, Tensor, and ray-tracing cores. 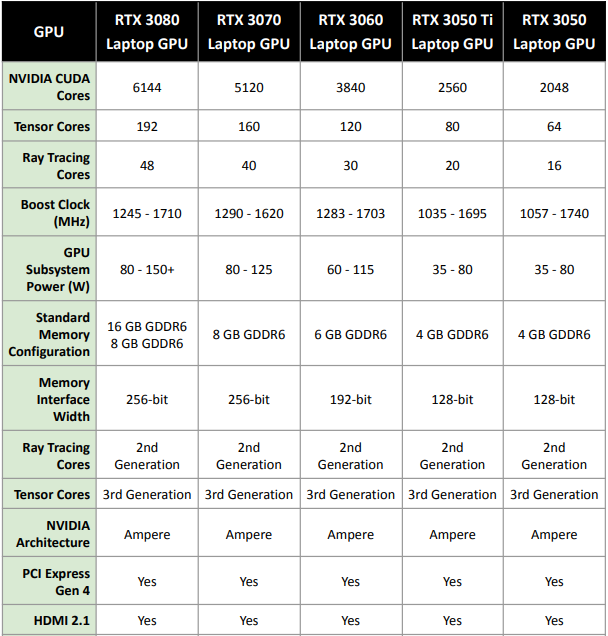 DLSS lets your GPU render a game at a lower resolution and then uses AI to upscale everything to a higher resolution, helping you hit a higher frame rate than you could at your native resolution. It sounds like AI hocus-pocus, but it actually works—you just need the right Nvidia card and a game that supports it. On a lower-powered laptop, anything that helps boost gaming performance without sacrificing graphical fidelity is welcome.