After years of being stuck with the same look and features, Apple’s iPad mini will finally get a major redesign akin to last year’s iPad Air update, the company announced today. The tablet’s screen size gets a bump from 7.9 to 8.3 inches and includes a new A15 Bionic processor that Apple says is “up to 80% faster” than the A12 chip in the old iPad mini 4. But the redesign also comes with a price hike—the new iPad mini starts at $499 for a Wi-Fi model with 64GB of storage, $100 more than the previous model.

Like other recent iPads and iPhones, the iPad mini drops the home button to make more room on the front of the device for a larger, almost edge-to-edge screen. However, the device does not feature Face ID like the iPad Pro. Rather, it follows the 2020 iPad Air in featuring a TouchID fingerprint reader on the power button for authentication. It also leaves behind Apple’s long-standing, proprietary Lightning port in favor of industry standard USB-C—a change that also came to other recent iPad redesigns. The flat edges of the tablet bring the new mini’s design in line with the iPad Air 4 and post-2018 iPad Pros. The design also enables Apple Pencil 2 compatibility. 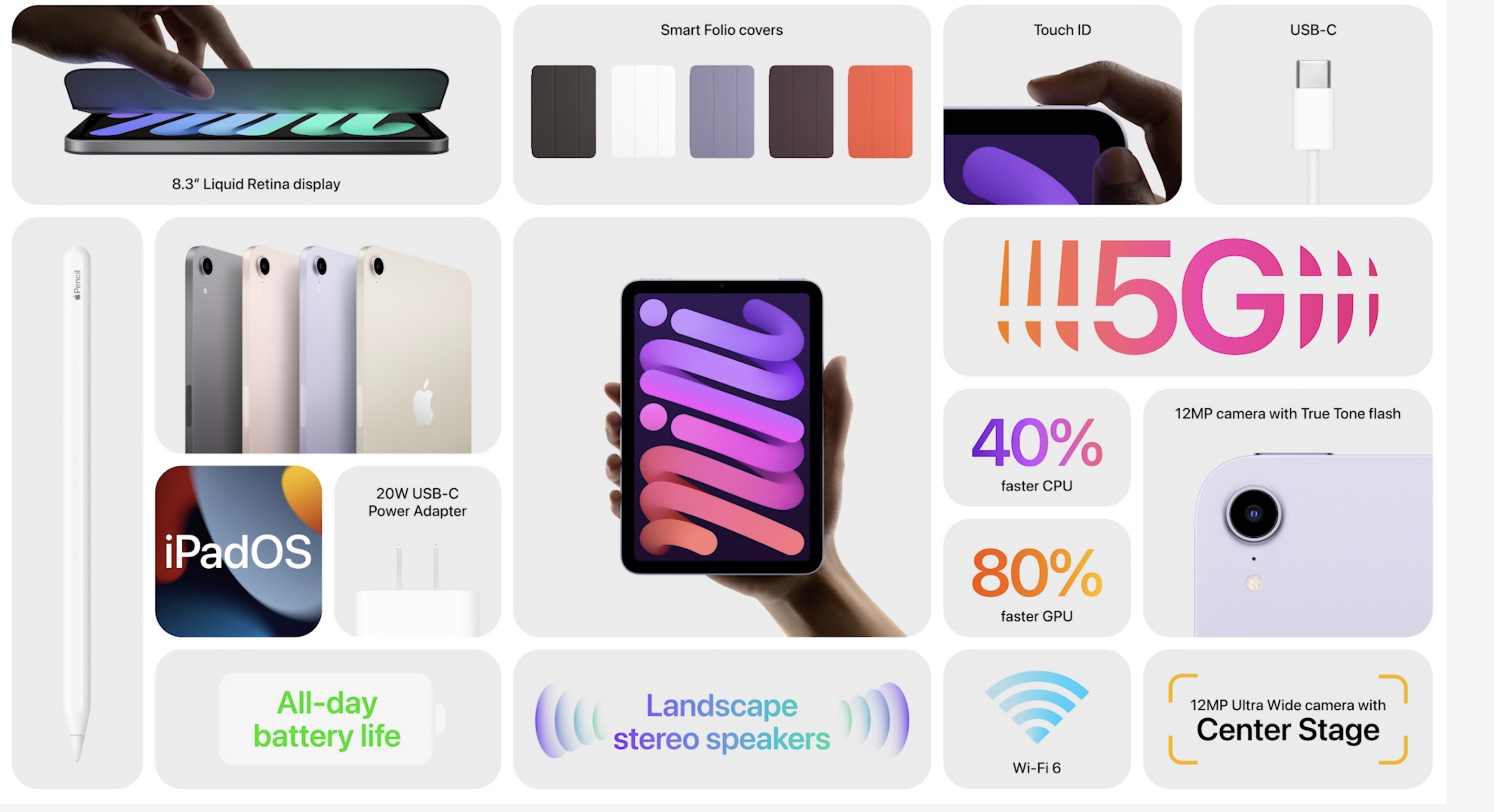 An overview of the new iPad mini’s features. (credit: Apple)

Internally, the A15 chip combines a six-core CPU (that’s two high-performance cores and four low-power efficiency cores) that Apple says is 40% faster than the A12 and a 5-core GPU that the company says is 80% faster than the A12. Both the rear and front-facing cameras get significant upgrades—the 8MP rear camera in the mini 4 is bumped up to 12MP in the new model, and the front-facing camera gets a 12MP resolution bump and support for the face-and-body-tracking “Center Stage” feature from the 2021 iPad Pros. Support for 5G and Wi-Fi 6 round out the connectivity features.